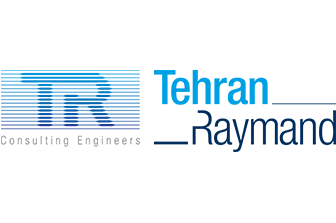 The Resalat Field previously known as Rakhsh Field, is located in the Persian Gulf, some 80 km to the South of Lavan Island, in water depth of 65-75 meters. The facilities which were originally developed in 1968 have sustained some damage due to the Iran/Iraq war and adverse climate conditions thereafter. To increase oil production capacity from this field (adding 12,000 stock barrels per day to current production), Iranian Offshore Oil Company (IOOC) has defined new project which includes Engineering, Drilling, Procurement, Construction for following items:
• Construction of new satellite Wellhead Platform (WHP1) with totally nine (9) conductor slots.
• Development and renovation of Existing offshore complex consist of new power generation, control system, HVAC, Electrical /control room, electrical panels(LV &MV),process & utility piping, and all necessary activities which shall be done for connection to existing facilities(Tie in requirements)
• New power plant will be constructed to supply 3.5 MW load of RESALAT field. (Calculated Electrical Peak Load + 20% Design Margin for Missed Item). The Power plant will be constructed in the existing SP platform.
• Remove and displacement of equipment and rooms according to attached 3D Model or plot plans. Contractor shall survey and estimate quantity of above Mentioned works. Some major items are existing emergency diesel Generators, tanks of water, chief office, laundry and R1 existing control room.
• Drilling of two new production wells in R1 and two wells in WHP1 platform and Re-entry and work-over of two existing well in R1 platform.
• One 10” productions submarine pipeline from WHP1 to PP and a single submarine cable (power and data) from SP to WHP1
• Inspection, Strengthening, Modification and Repair of DP, PP and SP Jackets of RESALAT field
• Reinforcement, structural revamping, strengthening of topside platforms (DP, PP & SP). Replacement of Boat landings and Barge Bumpers are included. TRCE has been selected as the engineering consultant for the required changes on the top side of the existing R1 platform complex (second abovementioned bullet). That also includes a new sweetening unit to provide sweet gas as the fuel for gas engine power generators.
Contract Time Period: Oct 2020 ~ Jan 2022

Foroozan Oil Field is located 100 kilometers, southeast of Kharg Island. According to Iranian Offshore Oil Company (IOOC) the field has 53 wells and is common with Marjan Field of Saudi Arabia. The field consist of two existing main platforms named FX and FZ, one accommodation platform named FY (currently utilized a jack up rig as temporary LQ at FZ area), one flare platform next to each production platform, two wellhead platforms named F15 and F16 which are linked by a bridge to FX and FZ production platforms respectively and eleven (11) satellite wellhead platforms named F2, F8, F18 (new) (FX area) and F3, F9A, F9, F11, F12, F13, F14, F17 (FZ area). There are 20 numbers of infield pipelines with 6 additional pipelines under installation by COMPANY and one crude as well as one gas export pipelines to Kharg Island. The renovating projects of this field have been tendered and awarded to different Iranian contractors among which, the consortium of PETROPARS-ISOICO (leading by PETROPARS) has been awarded to develop part of the filed. Within the CONSORTIUM, development of the subsurface part shall be carried out by PETROPARS/POSCO (Petropars Oil Services Company) while ISOICO/MSG is responsible for development of surface facilities. The scope of work consists of following topics: A. New Offshore Platforms & Connecting Bridge
• To extract crude oil, one unmanned wellhead platform (F19) is planned to be installed about 7.8 km far from existing FX platform equipped with the minimum production facilities, including topside and a jacket.
• Because of scarcity of space on existing FX, a new entrance block named FX-A, including a jacket and a topside, will be installed in adjacent to FX platform to accommodate new equipment on its deck. FX-A platform shall accommodate all required equipment and facilities including pig launchers/receivers, power generators, LV and MV switchgear rooms, transformers, Control room, piping system, and subsea cable connections. The existing LQ of FX should be transferred and installed on FX-A platform considering all requirements.
• To integrate system and connecting FX-A platform to FX platform, one bridge with intermediate bridge support (if required), accommodating connecting piping, electrical and instrumentation cable systems and walkway between FX-A and FX platform shall be installed between new FX-A platform and existing FX platform.
B. Modifications on Existing Platforms
In addition, to increase the Filed Productivity, Gas Lift Operation is intended. Therefore, some modification including extending Gas Producer Manifold on F16, installation of 5 Transferring Pumps at FX, KOD on FY, Gas Lift Piping Between F15, F18 & F19, Methanol Injection Package on FY (F16), Corrosion Inhibitor on FY (F16), F15, F2 & F8, Generating Electrical Power at FX-A, transferring of LQ and Control Room from FX to FX-A, Oily Water Treatment Package on FX, …, and the required utilities and facilities have been foreseen to be designed, procured and installed.
C. SUBSEA PIPELINES
To transport fluids between new F19 and Existing FX Platform, three 12", 8", 6" subsea pipelines will be installed. Each pipeline will be connected to FX via FX-A and connecting over bridge. The 12" pipeline will transport crude oil from F19 to FX, the 8" pipeline will be used for test and the 6" pipeline will be transport utilized for GL gas from F15 to F19 via FX and FX-A platform.
D. SUBSEA CABLES
• To supply power for FX area platforms and to make communication between FX/FX-A and satellite platforms, subsea cables with 120% of required power capacity including fiber optic for communication will be installed.
• As a future plan, it is planned to supply electrical power consumption of the FX area from FZ-A platform. In line with this requirement, two additional J-Tubes shall be installed on FX-A Jacket.
Contract Time Period: 27.January.2021 ~ 30.July.2023

The Project overall scope is establishment of the required facilities for production of 71,500 BOPD crude from 17 production wells.
Produced Oil will be exported to Cheshmeh Khosh Facilities through a 213 Km, 16 Inch Export Pipe Line.
Similarly, associated gas will be compressed and exported to NGL-3100 plant through a 155 km, 16 Inch Export Pipe Line. Produced water will be treated to the standard figures and will be injected in to an injection well. The facilities of Azar Oil Field include:

In accordance with the policy of early production from Changuleh field, located at the Zagros foreland basin along the Iran/Iraq border, Petroleum Engineering and Development Company (PEDEC) has planned to establish a new production unit with the normal operating/design capacity of 15,000/16,500 BOPD from Changuleh oil field.
The crude oil at early production stage will be send to Dehloran facility via export pipeline.
The project overall scope is establishment of the minimum facilities as well as developing existing facilities (separators) for early production of heavy crude in order to achieve 15,000 BOPD of crude from two existing and four new wells. Produced oil will then be transferred to Dehloran Oil Facilities by means of a Pump Station and through a 95 Km export pipe line. The facilities of Changuleh Field include:

Azar & Changoleh Oil Fields Development Project has been planned by the Petroleum Engineering and Development Company (PEDEC) to produce crude oil from these two fields, which are located near the international border with IRAQ.
1) Changouleh Field
The project overall scope is establishment of the minimum facilities as well as developing existing facilities (separators) for early production of heavy crude in order to achieve 15,000 BOPD of crude from two existing and two new wells, where the final Production will be 75,000 BOPD.
Produced oil will then be transmitted to Dehloran Oil Facilities by means of a Pump Station and through a 127 Km, 20 Inch export pipe line.
The facilities of Changouleh Field include:

2) Azar Field
The project overall scope is establishment of the required facilities for production of 75,000 BOPD crude from 15 wells.
Produced Oil will be exported to Sabzab station through a 270 Km, 16 Inch Export Pipe Line.
Similarly, associated gas will be compressed and exported to NGL-3100 plant through a 130 km, 16 Inch Export Pipe Line. Small portion of the associated gas will be used in gas turbine drives.
The facilities of Azar oil Field include: